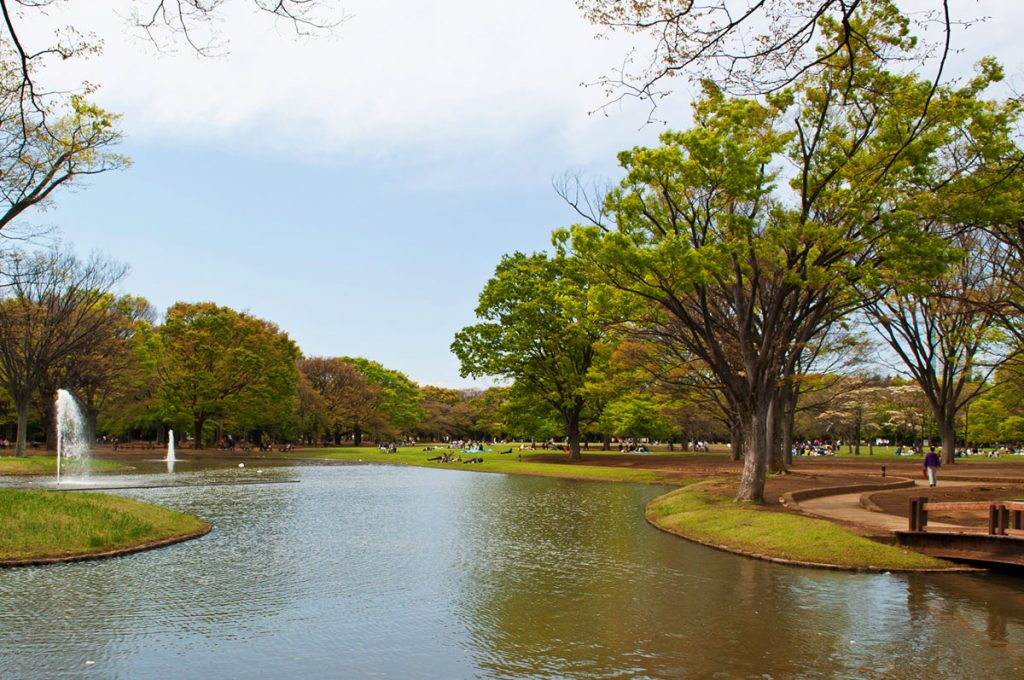 When Tokyo residents think of Yoyogi Uehara, the first word that comes to mind is “park.” Yoyogi Park is western Tokyo’s leafiest oasis and one of the city’s largest recreation spots.

The green extends west beyond the park to where the Yoyogi Uehara area offers a mix of pre-war Japanese homes and gardens and modern masterpieces of residential architecture. It’s a pleasing mix of traditional and modern styles that makes this verdant suburb appeal to Japanese and foreign residents alike.

Yoyogi Uehara is technically part of Shibuya Ward, but it’s located slightly northwest of central Shibuya, Japan’s teenage mecca, and west of Yoyogi Park. By train, Yoyogi Uehara is only minutes away from Shibuya, Omotesando, Harajuku and Shinjuku, the Yamanote Line’s western hub and the junction for several major railways heading west into the suburbs. Three train lines pass through the area, affording residents with an easy commute into central Tokyo. The area includes five main neighborhoods: Uehara, Oyama, Motoyoyogi, Tomigaya and Nishihara.

Established as a garden suburb in the 1920s and 30s, the area grew prosperous as families followed new rail lines out of central Tokyo. Since then, the Japanese families of Uehara maintained their area as an island of residential greenery, aided by the creation of Yoyogi Park prior to the 1964 Olympics. The area became popular among foreign residents after the final kilometer of the Chiyoda subway line was completed in 1978, making Yoyogi Uehara a 20-minute train ride away from Otemachi, Tokyo’s financial hub.

The defining characteristic of Yoyogi Uehara is clearly Yoyogi Park, the runner’s paradise. It was created on the site of a former U.S. military barracks as part of the development for the 1964 Tokyo Olympics. Surrounding Meiji Shrine, Tokyo’s most famous Shinto icon, the park is one of Tokyo’s top recreational venues. Every weekend, its paths and sidewalks are packed with runners, baby strollers and skaters, and its lawns are sprinkled with sunbathers, picnickers and musicians. Yoyogi Uehara’s residents can take full advantage of their proximity to Shibuya, Shinjuku and trendy Shimokitazawa in nearby Setagaya Ward for shopping, dining and entertainment of all kinds. Harajuku, just one stop away on the Chiyoda Line, is a popular weekend destination and entry point to the upscale boutiques and cafés of Omotesando.

Although there are no international schools in Yoyogi Uehara, buses for the American School in Japan (ASIJ) pass through this area just before getting on the highway to Chofu. That makes the area popular with ASIJ families. Their children are the last to get on the school bus in the morning and the first to get off in the afternoon. The British School is also close by in the Shibuya area.

Most foreign residents in this corner of Shibuya Ward value a balanced life. They’re willing to enjoy themselves but wouldn’t want to miss their morning jog in the park. Century 21 SKY Realty has a range of properties available throughout the area.