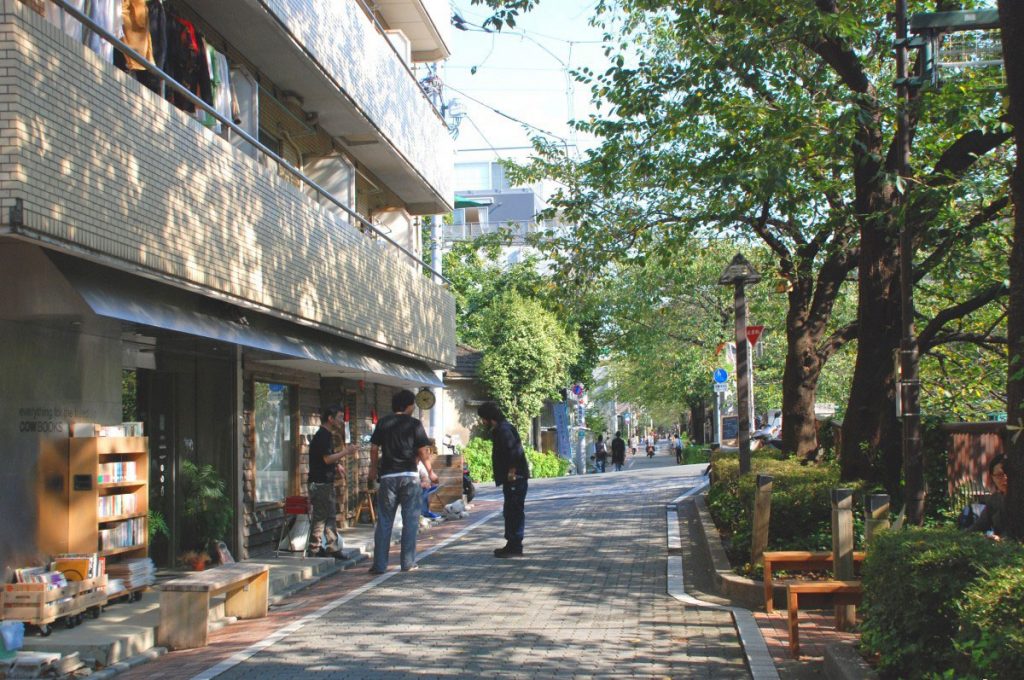 It’s no coincidence that Meguro Ward in Southwestern Tokyo feels like it was built with ease of living in mind — it was. Suburban Meguro was planned around the main railway that passes through the area, Tokyu Railway’s Toyoko Line.

And the communities that grew around each station were constructed for maximum convenience. However, commuting wasn’t the only convenience they had in mind. Tokyu Corporation also planned parks, wide sidewalks and streets with enough room for cars to actually pass in opposite directions (a rarity in central Tokyo). The result is an area filled with well-to-do communities that attract both Japanese and foreign residents seeking a slice of suburbia.

Stretching along the Toyoko Line from Nakameguro to Toritsudaigaku, suburban Meguro is only 10 minutes or less to either Shibuya or Ebisu, the gateways to central Tokyo. The Toyoko Line is Meguro’s spine, connecting the residential communities at each station with Tokyo on one end and Yokohama — only 30 minutes away — on the other. It’s no surprise that Meguro residences are in high demand.

Some say that suburban Meguro was created by the Tokyu Corporation, but that notion leaves out a big part of the story. Tokyu’s plan might not have been nearly as successful if it weren’t for the Great Kanto Earthquake of 1923. The earthquake provided the real momentum for families to leave central Tokyo, and Tokyu was ready to accommodate them by developing new neighborhoods in suburban Meguro. Over the years, the area continued to draw residents who appreciated suburban living and added to the community. They planted trees and built comfortable homes, giving Meguro the genteel character it maintains today.

Meguro residents have plenty of options for spending their leisure time. Traditional shopping streets and shopping arcades extend from every train station in the area, and, of course, Tokyu department stores and supermarkets are always close by. Greenery and parks abound, and strolling through leafy neighborhoods is a common area pastime. Meguro also boasts some of the best restaurants in metropolitan Tokyo, catering to its affluent and fashionable residents. Moreover, residents of suburban Meguro value their separation from the hustle and bustle of Shibuya and Ebisu as much as they take advantage of their proximity to those places. In less than 10 minutes by train, Meguro residents can shop at Shibuya’s department stores or dine in Ebisu’s restaurants.

Families living in the Meguro area will find an excellent selection of international schools nearby, including Aoba International School, which is in Meguro Ward. Seisen International and St. Mary’s are nearby in Fukasawa, and Sacred Heart in Hiroo, is not far away.

Location, convenience and well-planned communities make suburban Meguro one of the best family spots in Tokyo, and Century 21 SKY Realty has a range of properties available in the area.