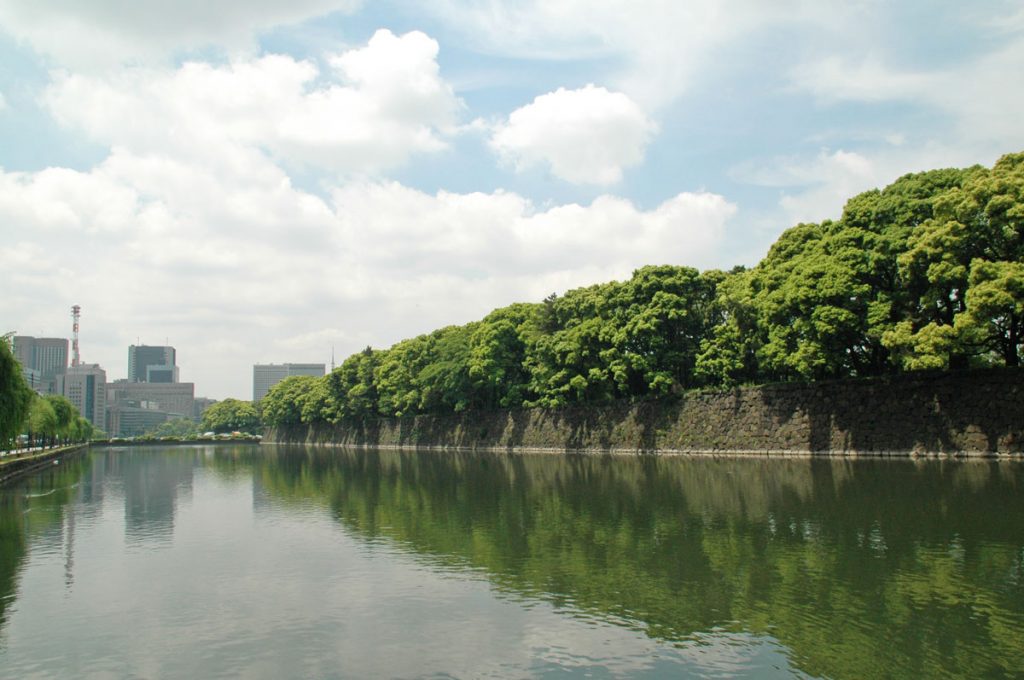 Soul of Japan, Rhythm of Europe

You won’t get much closer to traditional Japan than the Imperial Palace in Tokyo. On the western side of the Palace grounds, broad medieval moats bisect the neighborhood, while sloping side streets wind their way past temples,

19th century noble houses, gardens and pleasure quarters. But it’s also here, in the area that includes Bancho, Ichigaya and Yotsuya, that one finds a distinctly European influence as well. It’s a spice that meshes easily with traditional Japanese tastes, giving the community a flavor all its own.

Located in central Tokyo, on the border between Shinjuku and Chiyoda Wards, this area is serviced by four train and subway lines and features 12 stations. The Imperial Palace is nestled along the eastern border of this section of town, hidden behind high walls and several moats.

A central location and the interplay between old and new have blessed this area with a selection of parks, attractions and historical landmarks to entertain residents and visitors alike. The Imperial Palace grounds lie to the southeast, while the Geihinkan State Guest House and the Meiji Shrine Outer Gardens lie to the south. Yasukuni Shrine is on the east side and Shinjuku Gardens are on the west. The Tokyo Dome and Korakuen Amusement Park are on the northern end of this territory. For French expats, the area features the Lycee Franco-Japonais, L’Institute Franco-Japonais, and some of the finest French restaurants in Tokyo. British subjects need not be left out, as H.M. Embassy and the British Council are both located here.

French families considering this area can send their children to the Lycee Franco-Japonais. English-language international schools are located in other districts, including Nishimachi International School in Azabu and Sacred Heart in Hiroo.

Of the three distinct sections making up this part of Tokyo, each has advantages for foreign residents. For those seeking escape, Bancho tends to be less popular among Westerners and thus has a smaller foreign community. Ichigaya, on the other hand, boasts some of Tokyo’s best property bargains and is becoming popular with foreigners. Good values are also found in Yotsuya, an area notable for fine dining and one of the best-connected train stations in the city. Whichever you prefer, Century 21 SKY Realty has a range of properties available, with options for all budgets.