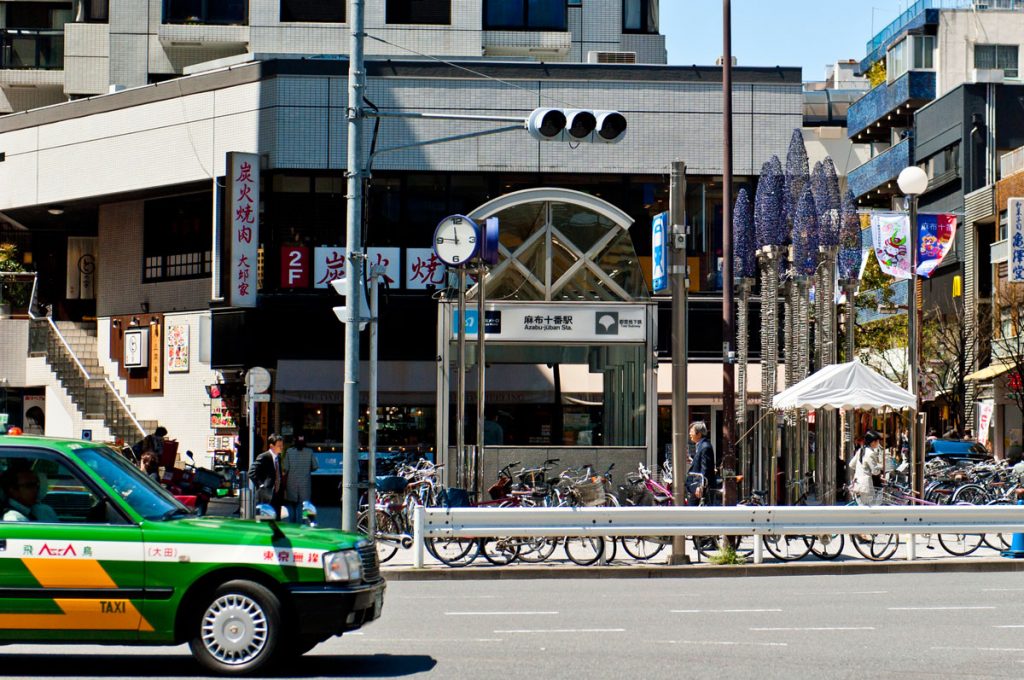 Walking around the pedestrian-friendly backstreets of Azabu, it’s easy to forget this area is in the middle of Tokyo’s Minato Ward. Quiet lanes lined with luxury apartments, elegant boutiques and restaurants, well-appointed clubs and markets stocked with European delicacies seem more foreign than Japanese, and with good reason.

Azabu is home to many diplomats, senior executives and the heart of Tokyo’s foreign community. And the apartments here were designed to offer the pinnacle of urban living for well-healed foreigners.
Orientation

Stretching from the vicinity of the Tokyo Tower to the back gates of Aoyama University and from the French Embassy to Roppongi Crossing, Azabu is in the center of Minato Ward, a prime location in central Tokyo. Three subway lines serve the Azabu area — the Hibiya, Namboku and Oedo lines — adding convenience to the list of reasons to live here.

How did Azabu become the foreign enclave that it is today? For centuries, its rolling hills have held the most coveted properties in the capital. During the reign of the Shogun, from the 17th to mid-19th centuries, feudal nobles established legations to the court, building huge estates that remain today as the premises for some of the more than 60 embassies in Minato Ward. So naturally, diplomats and foreigners associated with these embassies made their homes in the Azabu area.

Today, Azabu might as well be a self-contained community. Without ever leaving the neighborhood, residents can shop, dine, dance, worship, work out and study. Foreign food shops and restaurants abound, and the lanes throughout the area are well suited for an evening stroll or a morning jog. Most foreigners will also appreciate the convenience of the nearby Tokyo American Club, which is not far from Tokyo Tower.

Moreover, Azabu is in the middle of some of Tokyo’s most exciting communities. Roppongi and Aoyama to the north offer hot nightspots and cool fashion centers. Takanawa, to the south, has some of Tokyo’s best hotels and easy access to the Shinkansen (bullet train) at Shinagawa Station. And to the west, the affluent neighborhood around Hiroo Station features outdoor cafes, boutiques and one of Tokyo’s best foreign food supermarkets, National Azabu.

Azabu is a good place to be if you’re concerned about your children’s education. There are lots of schools to choose from. Nishimachi is right in the middle of Azabu. Sacred Heart is close by in Hiroo. Tokyo International School is in nearby Mita. Azabu is also covered thoroughly by the buses of the American School in Japan (ASIJ) in Chofu, as well as those of St. Mary’s and Seisen International Schools.

Most foreign residents enjoy the charm and sophistication of Azabu, but it is especially well suited for those who plan to entertain frequently and appreciate its proximity to the Tokyo American Club. Century 21 SKY Realty has a range of apartments available throughout the area, and occasionally houses also become available.