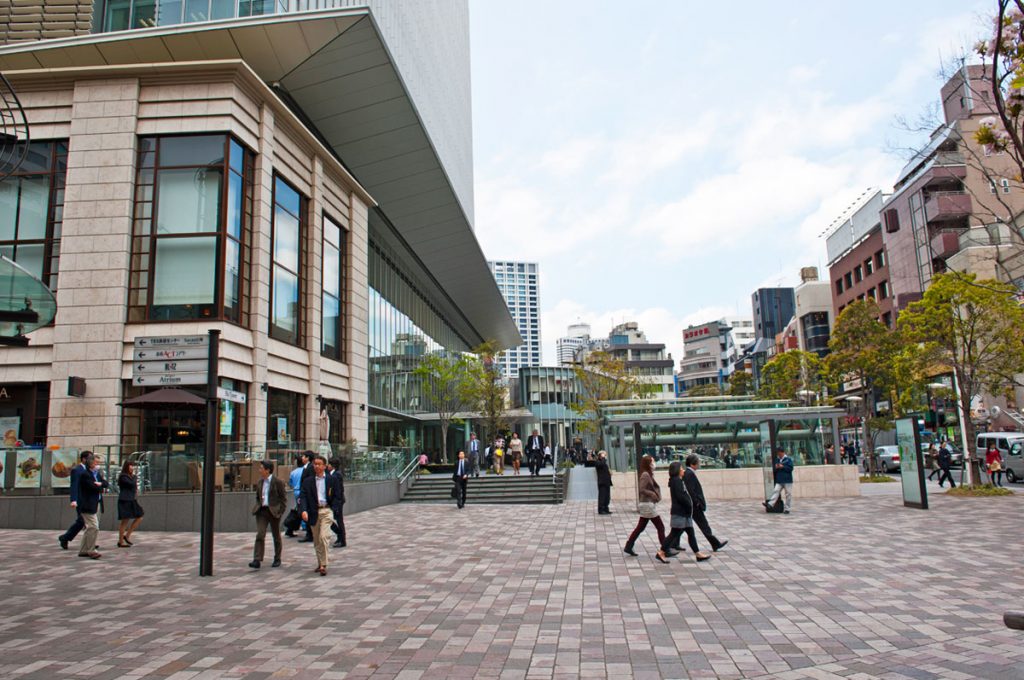 Pass through Aoyama, Akasaka or Roppongi on any given day and it’s hard not to notice that this is the hub of Tokyo style and nightlife — the place to see and to be seen.

Aoyama’s tree-lined Omotesando Boulevard is known as Japan’s Champs-Elysees, with its swank boutiques and trendy bistros. And when the sun sets, action shifts to the executive playground of Akasaka and the hottest nightspot in town, Roppongi. But away from the main drags, past the backstreet boutiques and private clubs, are luxury apartments set on quiet streets, where residents can retreat from the action anytime they like.

Aoyama, Akasaka and Roppongi are in central Minato Ward, stretching away from Shibuya toward the center of Tokyo. Easily accessible by taxi, by train from several stations along the Yamanote Line and by several subway lines, these areas are frequent stops in the day-to-day lives of much of Tokyo’s foreign community.

In Aoyama and Omotesando, it’s possible to eat at a different restaurant every day and never try them all. Shoppers can find anything from exquisite jewelry and designer fashions to second-hand clothes and retro toys. Strolling along Omotesando and stopping for a coffee at an open café is a favorite pastime of the area’s denizens, but when the lights go down, Akasaka and Roppongi are the destinations of choice. Full of fine restaurants, myriad bars and notorious clubs, Akasaka and Roppongi are the refuge of busy executives entertaining clients or relaxing after a long day at the office.

The British School is walking distance from much of Aoyama. Nishimachi International School is located in nearby Azabu, and Sacred Heart is in Hiroo. Both are easily accessible by car or subway from Roppongi. The buses of the American School in Japan (ASIJ) and both St. Mary’s and Seisen also have extensive routes covering this area. Living in Aoyama, Akasaka or Roppongi may not be for everyone, but it is certainly the place to be for the irredeemably urban. Century 21 SKY Realty has a range of properties, from 3+ bedroom apartments to 1-bedroom efficiencies, available throughout the area.